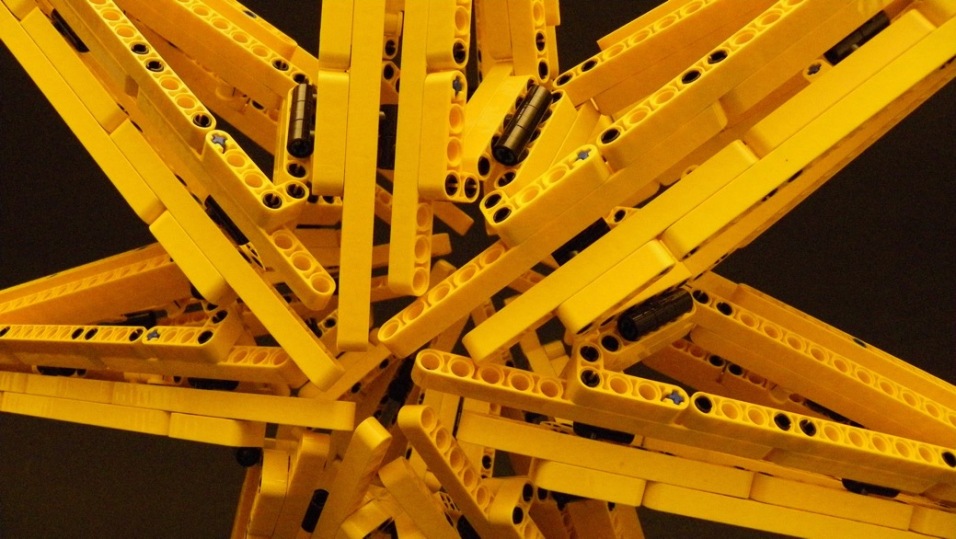 When I built the Truncated Icosahedron, I realized that the same technique could be used to make many other shapes. It was around the time In Sweden ( where I live ) that many folks put an advent star in their windows, so it was not hard to find inspiration … just a matter of choice about how many points the star should have.

The model is just under half a meter in diameter, has 1246 parts, including 532 pins, and weighs about 920 grams. Just like with the paper advent stars, this one you can fold open and ‘flat’.

You can find a design for a support for the star here. The support has the possibility to have a LED bulb installed.

Download the design in Ldraw here. I made it on a Mac with Bricksmith, but the file should work with other Ldraw software for Lego designs.

A few pointers to build it:

To quickly build the model